Every year, police take millions of dollars from Chicagoans through civil asset forfeiture and spend it behind closed doors. In collaboration with Muckrock, my co-authors and I did an independent financial audit of this previously undocumented part of the police budget. We demonstrated these asset forfeiture funds are used to circumvent city council oversight and finance controversial surveillance devices. This investigation appeared as a front page feature in the September 29, 2016 issue of the Chicago Reader. 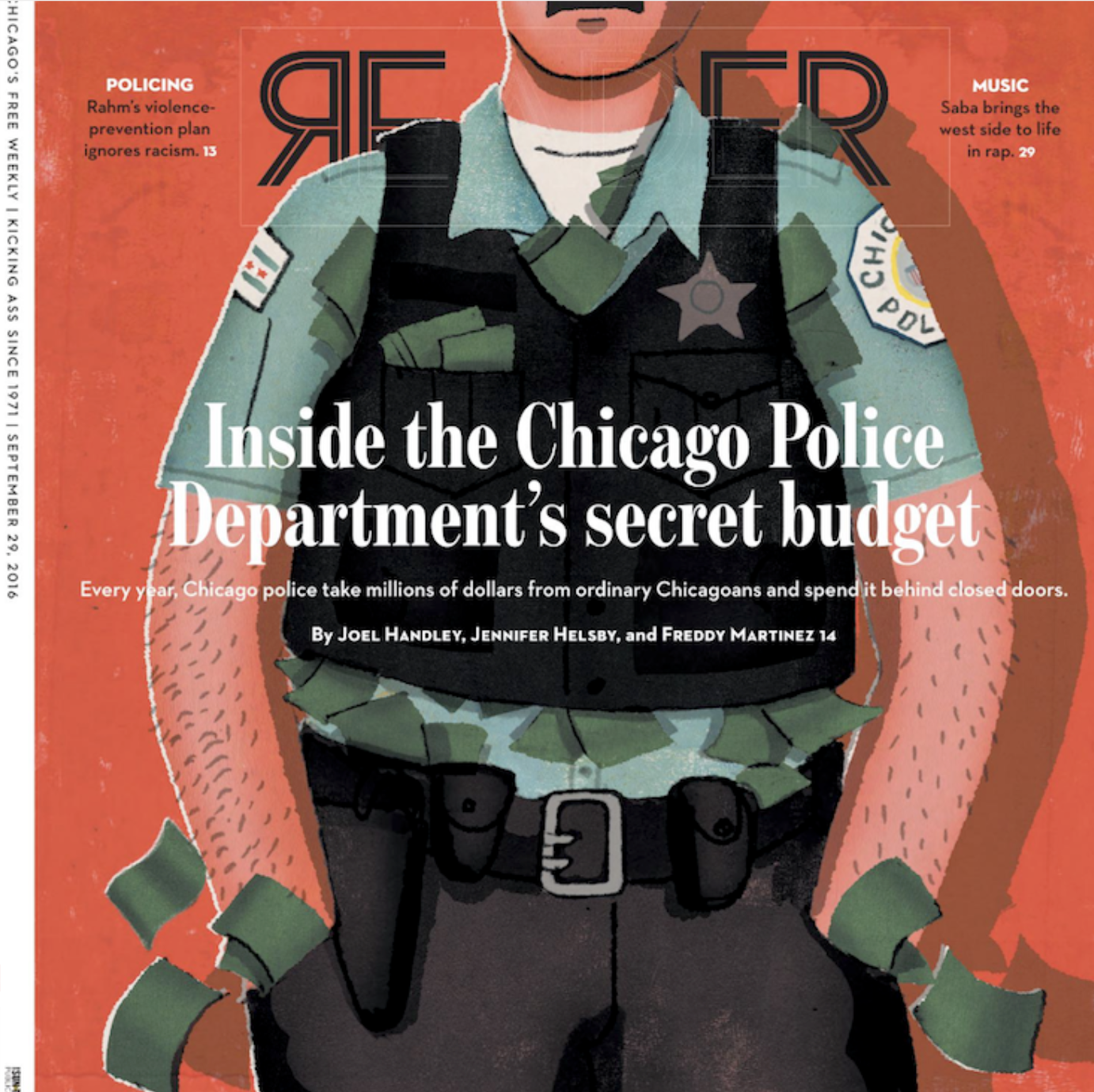